Loving memorials to our companions now gone but never forgotten

Image from YA Webdesign.com 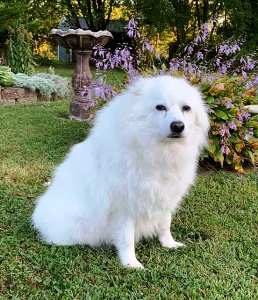 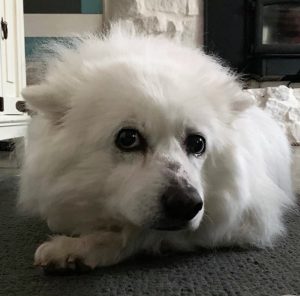 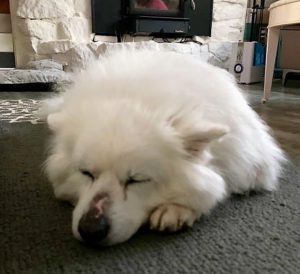 We are in total shock that we lost our Bebe this morning.  We still can’t believe we lost this beautiful 8 year old Eskie we took back on November 12, 2016 from the Warren County dog shelter her in Ohio,

We are deeply saddened by the loss, but also relieved that she is no longer battling her autoimmune illness that attacked her eyes and mouth.

When we took her back in 2016, the vet said she had a form of gingivitis because her mouth was full of sores.  We treated her for that but she never improved till we took her for biopsies on her gums with a specialist.  We found out then she had a form of lupus, and autoimmune illness that attacked her eyes and gums.  We also took her to a holistic vet and put her on supplements to help balance the prednisone she needed to suppress her own body from attacking itself.

The long-term effects being on prednisone can damage the dog’s heart.  We started her about a month ago on a new autoimmune drug for dogs, so we could get her off the prednisone.  She was improving on that drug, but we still had to give her a small dose of prednisone.

Bebe had a tough life from birth.  She was born in an Amish puppy mill, sold to Petland, and then sold to lady who kept her in a crate at a daycare center.  At the daycare center kids and men kicked her. So the woman took her to the shelter and surrendered her so she could go and buy a new puppy.  Bebe was a nipper, and the shelter contacted us, they couldn’t adopt her out to the public.  Anne and her dog Paloma went to the shelter and did a meet and great on that Saturday morning.  Bebe had no interest in either one of them.  Anne took her outside and spent time with her and Bebe came around to letting Anne pet her.  The next thing they knew was Anne had Bebe and Paloma in the car and they headed for Wendy’s.  Bebe loved her plain cheeseburgers. As they approached Anne’s house, Bebe was licking Anne’s face.

She never really liked men, kids, and other dogs. We had a hard time trying to get her adopted due to her illness, nipping, and lack of trust with humans.

We know in our hearts that Bebe is running and barking her head off in heaven…Bebe enjoyed barking.

Rest in peace beautiful Bebe, we will see you at the bridge. Love you always, Ohio American Eskimo Rescue, and foster Mom Anne. 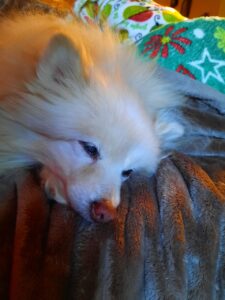 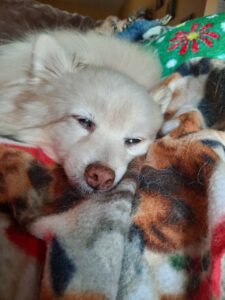 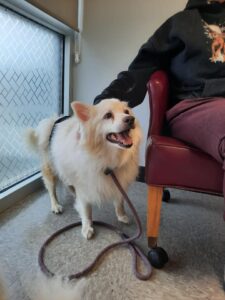 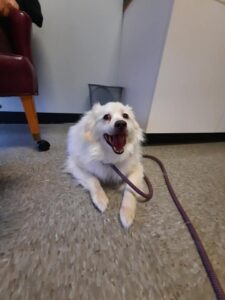 OAER took Aspen as a senior rescue on January 7th, and we lost him on January 14, 2021, from cancerous tumors.  He was only with Ohio American Eskimo Rescue for about a week. Aspen joined us from the Cuyahoga County dog shelter here in Ohio with a perianal hernia . He was 14 years old.

Aspen had an ultrasound, and they saw a huge tumor on the bladder that was blocking the right kidney. He also had a tumor on his liver. The veterinarians determined the cancer already traveled to his lungs since he coughed all night at his foster Mom’s home. They thought for sure he was in a lot pain. We had to say goodbye.

Aspen was such a sweet and loving Eskie. He absolutely LOVED chicken nuggets!  Aspen was showered with tender care and knew lots of love in the end. Aspen will always be in our hearts. 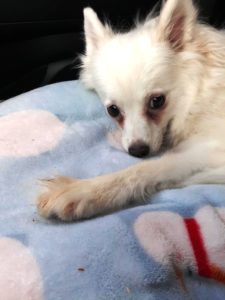 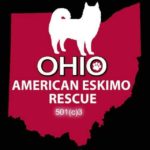